If you are involved in playing videogames or have read description about any computer, laptop or TV screen then you would know the term – refresh rate – 60 Hz or higher. But, have you tired to find some information about it or tried to think that whether it has any kind of effect or not for the screen? Right now we would see that what is meant by refresh rate and whether there is any difference in 60 Hz and 144 Hz.

What is meant by Refresh Rate ?
So, Refresh rate is basically a specification of any screen and it’s unit is in Hz, which is also the unit of frequency. Which ultimately means that it tells us that how many number of pictures the screen can show in 1 second.

A higher number of hertz or a higher refresh rate means you get more pictures per second adequately which makes an increasingly smoother picture display on the screen. More refresh rate essentially causes you to get a smoother gameplay or video quality, which matters incredibly when gaming.

What makes 60 Hz screen different from 144 Hz screen ?
In the past, it was said that our eyes can just see up to 30Hz. The number was then increased up to 60Hz and now the numbers can’t arrive at a conclusion. With the launch of 144Hz screens in the market, everybody saw the massive difference when you switch from 60Hz to 144Hz display screen, you can see the difference even if bouncing up to 120Hz screen from the 60 Hz screen.

On the other hand, the difference from 144 Hz to 240 Hz doesn’t appears to be a great deal, perhaps because of our eyes seeing limit. But, then also the difference of display from the 240Hz is much smoother in comparison to the 144Hz screen. 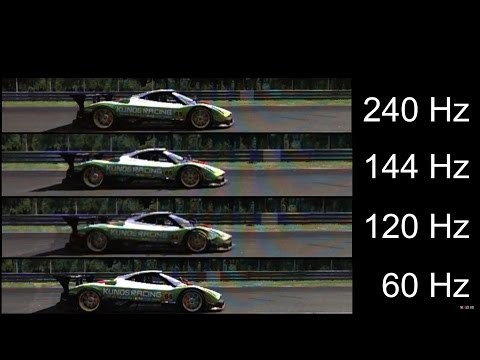 Observing the difference between the different displays is perhaps difficult for a normal person. But for gamers, these little differences in the display can be the boundary between life and death and also can be crucial in dominating serious matches, particularly FPS games like CS:GO, Overwatch, Rainbow Six Seige, Fortnite, and PUBG.

The quality or the graphics of the picture of the game won’t improve. It is the continuity of the display that is improved. A 60Hz screen will show 60 unique pictures in a second while a 120Hz screen will show 120 distinct pictures in a second. At the end of the day, Hz is just the refresh rate which improves the fluidity of the gameplay and has nothing to do with improving the quality at all.

The main reason for this effect is because of visualising. Starting from the point when our eyes see pictures in a continuous sequence, our brains gets filled by the sequence starting from the first picture till the last one, making the pictures look like a nonstop video rather than some arrangement of still pictures that they really are. Yet, this filling in process brings about obscuring. In the time that there is more data sent to our brains at increasingly faster rates, development looks more smoother.

It also helps us to respond quicker to situations in which our reactions would be obviously slow because of our screen’s lower refresh rate.

Relation between Refresh Rate and GPU :
If you are engaged with gaming, then you would have also heard about the term frames per second. The GPU in our systems is responsible for giving the frames per second which syncs with our screen which is responsible for the refresh rate. The frames created by the GPU must be smaller or equal to the display’s refresh rate which means that at time the GPU gives us 144 fps, then at that point our screen must have the capability to display it and have in any case at least 144 Hz refresh rate else it would result in screen tearing.

This happens when you use a GPU that sends more frames that can’t be taken care of by our screen. It would seem as though the screen is half loaded or torn from the center.

To take care of this issue, game’s frame rate can be capped to our screens refresh rate for example if your screen’s refresh rate is 60Hz, at that point your frames won’t go more than 60 per second. 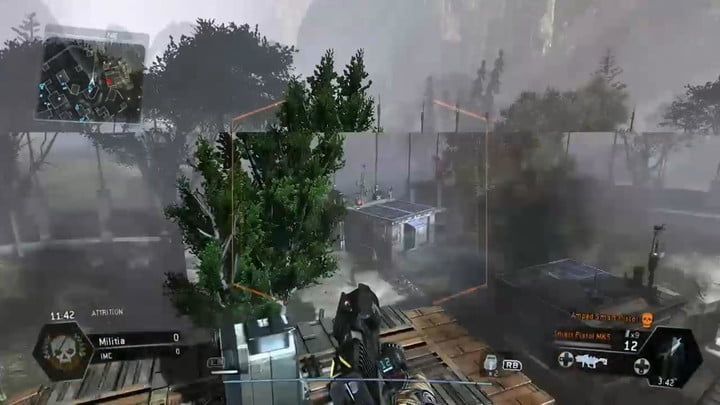 Do I have to change my screen ?
So, the last question that comes in our mind is that is it worth to change my screen from 60 Hz to 144 Hz. If you would ask me, at this point I would totally say of course, if we want to experience a much smoother video experience, then you should change to a 144Hz screen. In some cases though, same can’t be said for 240 Hz screen, the facts show that it would show more smoother experience than the 144 Hz one but it would require more expenditure than the last as you would have to have a GPU that would create frames in such amount else it isn’t advisable to change from the 144 Hz display.

My Personal Notes arrow_drop_up
Previous
Arithmetic Pipeline and Instruction Pipeline
Next
Python - PyTorch floor() method
Recommended Articles
Page :
Does Company Culture Matter in a Software Engineer Job?
23, Nov 20
Why Does the OSI Reference Model Matter?
22, Nov 21
Why does DNS use UDP and not TCP?
11, Jul 15
What is WannaCry? How does WannaCry ransomware work?
08, Jun 17
How Does the Blockchain Work?
14, Aug 18
How Does Google Use Machine Learning?
09, Oct 19
Does Dark Data Have Any Worth In The Big Data World?
01, Dec 19
How Does YouTube Store And Analyze Such Huge Amount of Data?
08, Dec 19
How does Multiprotocol Label Switching (MPLS) Routing work ?
28, Jan 20
What is a Content Distribution Network and how does it work?
30, Apr 20
How does BlockChain support Crowdfunding ?
17, Feb 20
How does Ripple Protocol Consensus Algorithm work ?
03, Mar 20
What Does this Lockdown Bring to the Students?
07, May 20
What does it mean for a Machine to Think?
01, Jun 20
What does a network administrator do
18, Aug 20
How Does Netflix Use Machine Learning?
19, Dec 20
What is a network switch, and how does it work?
02, Oct 21
How does a switch learn PC MAC Address before the PING process?
01, Jun 21
Why does Netflix use TCP but not UDP for streaming video?
10, Sep 21
How does Frame Relay Work?
15, Nov 21
How Does BOOTP Works?
16, Jan 22
The Hathaway Effect : Does The Anne Hathaway Effect Really True?
25, May 19
How Does NASA Use Machine Learning?
03, Oct 19
How Does the Internet Work?
02, Jun 22
Article Contributed By :