5 Women Programmers Who Changed The World!

Did you know that the First Computer Programmer was a Woman?

Well, you probably don’t (I didn’t either!). So let me enlighten you today! Ada Lovelace was a mathematician in Victorian Times (Yes that long ago!) and she is credited as being the First Computer Programmer Ever. In her own words:

That brain of mine is something more than merely mortal; as time will show. 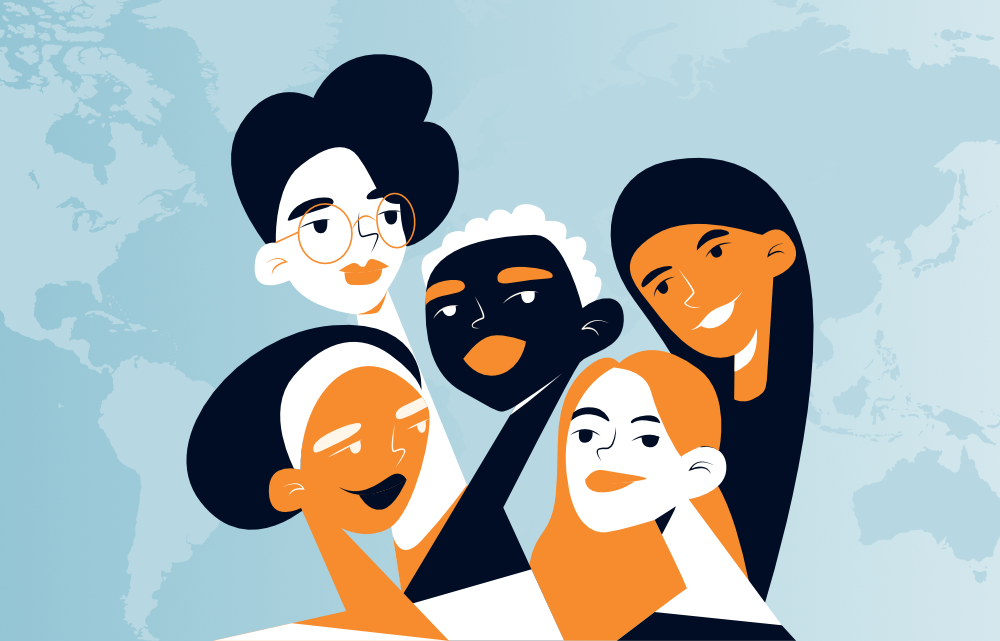 Who Are These Women?

Without further ado, let’s learn something about these fabulous women that created history but is often forgotten by history.

Ada Lovelace (1815 – 1852) was a mathematician in Victorian Times and the daughter of Lord Byron, a famous English poet (Which is surprising since poetry and science rarely mix!!). She is mainly known for her contributions to the mechanical general-purpose computer, the Analytical Engine created by Charles Babbage (And though we know his name, how many of us know hers?).

Ada Lovelace was also the first person to realize that the Analytical Engine could be used for more than just calculations and so she wrote an algorithm to compute Bernoulli numbers using the Analytical Engine. This is the reason she is known as “The First Computer Programmer in the World”.

Fun Fact: The programming language Ada was named after Ada Lovelace by the U.S. Department of Defense as a tribute.

Kathleen Booth (Born 1922) wrote the first Assembly language in the world. And that is not enough, she also designed the assembler and autocode for the first computer system at Birkbeck College, the University of London (She sure was busy!!).

Kathleen Booth and her husband, Andrew Booth also co-authored a book about Automatic Digital Calculators in 1953. In that, they stated the design of a computer as well as the techniques used for programming it. They also mentioned Artificial Intelligence as a possible future application of computing machines.

Fun Fact: Kathleen Booth worked with her husband Andrew Booth to create three computers (the ARC, SEC and APE(X)C), wherein her husband built them and she programmed them (What a perfect team!!).

Margaret Hamilton (Born 1936) was the director of the Software Engineering Division at MIT. She was responsible for creating the software(literally from scratch!!!) for the Apollo Guide Computer in the Apollo Space Program. And the experience was utterly new. According to her, “When I first got into it, nobody knew what it was that we were doing. It was like the Wild West. There was no course in it. They didn’t teach it.”

Margaret Hamilton didn’t just stop there! She went on to create the Universal Systems Language based on the experience of writing software for the Apollo program and also founded a company for that, Hamilton Technologies, Inc. For her phenomenal achievements, she was awarded the Presidential Medal of Freedom by US President Barack Obama in 2016, which is the highest civilian honor in the United States.

Fun Fact: The term Software Engineering was coined by Margaret Hamilton to establish it as an engineering field in its own right (Which it wasn’t at the time!!!).

Grace Hopper (1906 – 1992) was a Computer Scientist as well as a Rear Admiral in the United States Navy (She was multitalented!). She believed in machine-independent programming languages and so created the first compiler that converted English terms into machine code understood by computers.

That was not well received as Grace Hopper stated that: “I had a running compiler and nobody would touch it. They told me computers could only do arithmetic.” Nonetheless, this led to the creation of COBOL in 1959, an English-like programming language that is still used today.

Fun Fact: Grace Hopper was a sharp and opinionated speaker at various computer-related events in her later career, and was affectionately known as “Grandma COBOL”.

Joan Clarke (1917 – 1996) was an English cryptanalyst that was well known for her role as a code-breaker during the Second World War. She worked along with Alan Turing at Hut 8 in Bletchley Park (Their top-secret lair!!!) and was the only woman there that worked on decrypting the German Enigma messages. And she was paid less than her male co-workers even though she held the same position as them. (Sexism much?!)

Joan Clarke was eventually promoted to a Linguist (Even though she did not know any other languages!) so that she might get a pay-raise as there was no policy in place for a Senior Cryptanalyst who was a female. It is reported that in response to this, She enjoyed answering any questionnaire with ‘Grade: Linguist, Languages: none’ (Oh…the irony!!!)

Fun Fact: Joan Clarke was played by Keira Knightley in The Imitation Game, a 2014 movie based on the life of Alan Turing. (Do watch it, it’s great!!!)

My Personal Notes arrow_drop_up
Previous
Top Programmers in the World of All Time
Next
Career Paths For Software Developers and Programmers in 2019
Recommended Articles
Page :
Top Programmers in the World of All Time
26, Sep 19
5 Revolutionary Technological Innovations that Changed the World
27, Aug 20
Geek Week 2020 - The Biggest Festival for Programmers is Back
07, Oct 20
Do programmers need a Computer Science degree to get a job?
14, Sep 18
Career Paths For Software Developers and Programmers in 2019
19, Jul 19
Why Programmers Should Have a Youtube Channel?
12, Sep 19
5 Tips On Learning How to Code - General Advice For Programmers
09, Nov 19
Black Friday Sale - Programmers Have Carts, GeeksforGeeks Has Deals!
25, Nov 19
5 Effective Productivity Hacks For Programmers
07, Sep 20
What Difficulties are Faced by Self-Taught Programmers?
17, Nov 20
7 Interesting Tools for Programmers to Enhance Productivity
26, May 21
Geek Week 2021 - The Biggest Festival For Programmers
10, Oct 21
Work Life Balance Tips For Programmers
24, Mar 21
7 Reasons Why Programmers Should Use Linux
23, Jul 21
Top 10 IDEs For Programmers
06, Nov 21
10 Skills Java Programmers Can Learn in 2022
05, Jan 22
Coderita - Online Coding Competition For Women By GeeksforGeeks
01, Mar 20
GeeksforGeeks Coderita - Empowering Women To Code
06, Mar 20
How I got selected for the TalentSprint Women Engineers (WE) Program powered by Google?
20, Mar 20
Best Internship And Full Time Career Opportunities Programs for Women
25, Feb 21
How to Deal with the Changed Scenario of Jobs and Careers After COVID-19 Pandemic?
11, Sep 20
The Big Data World: Big, Bigger and Biggest
10, Mar 16
The World of Big Data
03, May 18
5 Most Difficult Programming Languages of the World
17, Sep 19
Article Contributed By :

Complete Interview Preparation
View Details
System Design-Live Classes for Working Professionals
View Details
Data Structures & Algorithms- Self Paced Course
View Details
Most popular in GBlog
Most visited in TechTips
We use cookies to ensure you have the best browsing experience on our website. By using our site, you acknowledge that you have read and understood our Cookie Policy & Privacy Policy