Internet of Things (IoT) includes large number of smart devices connected to a broad internet network with the help of various networking technologies. Mostly these technologies are wireless in manner. This makes the structure more complex and difficult to manage. Therefore, architecture is required.

An architecture is structure for specification of network’s physical components and their functional organization and configuration, its operational principles and procedures, as well as data formats used in its operation.

The development of IoT depends on the technologies used, application areas, and business aspects. There are various IoT architectures are available for IoT devices. However, the “5 Layer Architecture is considered as the best-proposed architecture of IoT.” 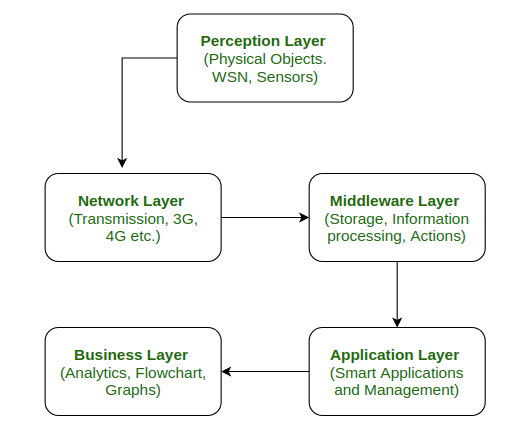