Everybody had heard of Google! It’s the most famous tech company in the world with its products used by almost everyone on the planet. But have you heard of X Development? Most probably not. This company is like the X-men for Google! It is a research and development company that aims to use new and high-tech technologies like Artificial Intelligence, Computational neuroscience, Biotechnology, etc. to combat the most difficult problems in the world. 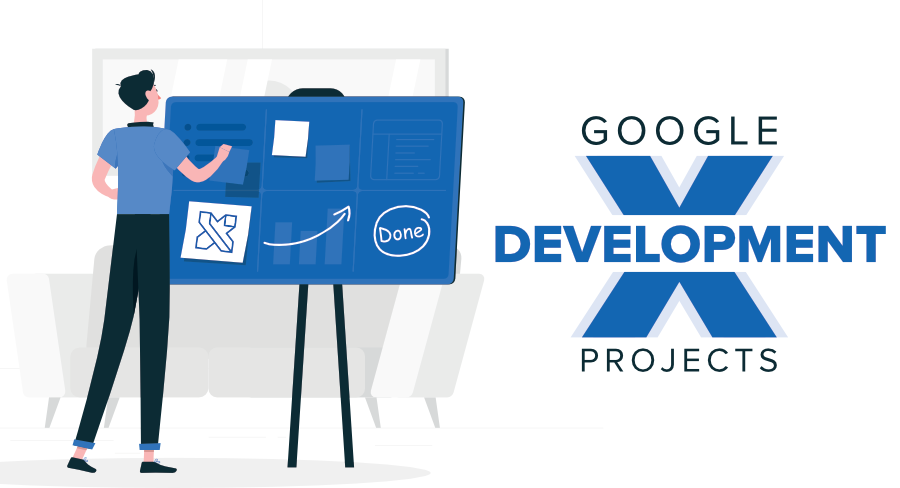 Ever thought of using balloons to provide internet? Or kites to generate electricity? Or maybe drones to deliver your food? All these ideas sound like science fiction but they are the projects X Development has worked on before they evolved into full-fledged Google companies in their own right. So let’s see 5 of these projects that X Development has worked on. These projects, once completed, could change the world as we know it!

Do you think you could live without the internet? You probably can’t, just like most of the people in the world! But there are still a lot of people who cannot access the internet because they live in remote areas. And Loon aims to bring internet to all these people so that they can also enjoy the advantages of the digital revolution and watch as the internet expands their world.

But how does Loon plan to do this? They are going to use balloons!!! Thousands of balloons that are deployed at the edge of space so that they can provide internet connectivity across the globe! Sounds a little like science fiction? It’s the truth! A cell tower can only provide limited coverage based on the height of its antennas. But lifting these antennas into space will provide a lot more coverage that will expand Internet connectivity to rural areas and also keep the network running in case of any disaster on the Earth’s surface.

The team at the Loon project created giant balloons that could last for more than 100 days in the stratosphere to provide an uninterrupted internet connection. To make sure these balloons would last, they simulated the conditions of the stratosphere on Earth itself. Then the balloons were launched using custom-built Autolaunchers that launched them straight to space! But then how do these balloons reach the positions they are supposed to in the stratosphere? Loon uses data predictive models to create accurate sky maps that help in determining the wind speed and direction at any particular time. Then the balloon “go-with-the-air-flow” to reach the approximate spot it’s supposed to.

Do you ever think it would be great if cars could drive themselves? You wouldn’t have to worry about congested roads and traffic jams! There would also be fewer chances of a car accident due to inattention whereas, in today’s times, almost 94% of all accidents are caused by human error. Google is trying to create self-driving cars using Waymo, which could reduce road deaths, decrease traffic congestion and multiple hours spent waiting on roads while also providing a solution if you cannot drive!

Waymo cars have LiDAR, radar and cameras placed all around them which enable them to detect all the objects in 360 degrees around the car, even if it is night outside. Moreover, the cars are created in a rounded shape which allows the rooftop sensors to see the front view in totality. There are also additional systems for steering, braking, etc. installed in the car which makes driving a seamless experience.

Google started the Waymo self-driving project in 2009 when they modified a Toyota Prius and practiced autonomous driving over 100, 000 miles on public roads. After that, they developed a fully self-driving prototype car called Firefly that had no steering wheel or pedals. While this sounds scary, Firefly had all the sensors needed to “see” the world already integrated into its shape. Currently, Waymo has a public trial underway in Phoenix with the end goal of making driving safe with zero deaths occurring in the future.

What would happen if you could get delivery by air? While that would be pretty cool, it would also reduce the time taken for delivery compared to services by road. And this is possible using Wing, an autonomous delivery drone service that aims to provide delivery services in remote areas, reduce traffic congestion because of road deliveries and consequently reduce CO2 in the air!

Wing uses autonomous drones that are lightweight and can deliver your products right on your doorstep! These drones can fly up to 400 ft above the ground with a max speed of 120 km/h. They are powered by an electric system which means no carbon emissions to pollute the environment.

The first real-world delivery by Wing was completed in 2014 in rural Queensland, Australia where they delivered a first-aid kit, candy bars, dog treats, and water to farmers. Then in 2016, they also delivered burritos to students at Virginia Tech in the USA. While this may sound funny, delivering food was the best test of the delivery drones as food is fragile and can also spoil easily. Currently, Wing is available in Australia, USA, and Finland for trial runs so be prepared! Next time you order delivery, it might be delivered by drone and not by car!!!

What could happen if technology and biology could work together to provide cures for many human diseases and improve the quality of life for people? This is a question that Verily aims to solve. Verily is using cutting edge technology on the intersection of Data Science and Medical Healthcare to work on diseases and other medical problems that stop people from living more comfortable and healthier lives.

Verily is working on Liftware, which provides stabilizing and leveling handles on utensils such as spoons which ensure that people with hand tremors (caused by diseases such as Parkinson’s disease) can easily eat without dropping their food. Liftware handles use sensors to detect the tremors and then two motors in the handle move it in the opposite direction from the tremor to stabilize the utensil. Liftware is a very important invention for the people with these diseases as it allows them to live a dignified life without continuously being a burden on anybody else.

Verily is also working with Alcon, a global eye care medical company to develop smart contact lenses for people who develop farsightedness due to old age. These lenses contain tiny integrated circuits, sensors, and wireless communication capabilities that were all developed in house at Verily. Verily eventually hopes that these contact lenses can perform wireless sensing on the surface of the eye so that any complications occurring in old age can be monitored and medically handled as soon as possible. So imagine, even your eye could be smart in the future because of the Verily contact lenses!!!

It is always fun to fly kites in the air and watch them soar! But did you ever think that kites could generate electricity using wind energy? Well, that’s the idea that created Makani. The wind has the potential to create electricity for the whole world but only 4% of the world’s electricity is currently obtained from wind power. Makani aims to improve this percentage by creating unique energy-generating kites that create electricity by harnessing energy from wind resources.

Makani has been working for over a decade to design, build and test commercial level energy kites. In 2015, they managed to create a prototype capable of generating up to 600 kilowatts of electricity, which is enough to light up 300 homes! They have been working on a new ground station for flights at Parker Ranch in Hawai’i, where they successfully demonstrated their unique wind-based electricity system in 2019. So who knows, in the future, most of your electricity may be coming from kites!!!