Curl is an open-source command-line tool to transfer data from or to a server. With curl, you can easily compose and send HTTP requests and analyze their responses. One of the advantages of using cURL is that you can build a script with batch requests and execute them. You can either use curl from a command prompt or  Cygwin package installation. You can also use the windows power shell with curl, but you have to remove the curl alias.

To work with the curl command in the command prompt, you have to download the latest curl and include the folder that has the curl.exe file.

HTTPie is a command-line HTTP client written in Python. It uses a syntax that is easier than cURL, colorizes the output, and uses multiple lines to display the output. The disadvantage is that it takes more time to load than cURL. Some of its key features are:

You can use the below command to install HTTPie

Postman REST client is a Graphical User Interface (GUI) tool that facilitates composing and sending HTTP requests to a development server. You can either use the web version or the postman app. Some of its major features are: 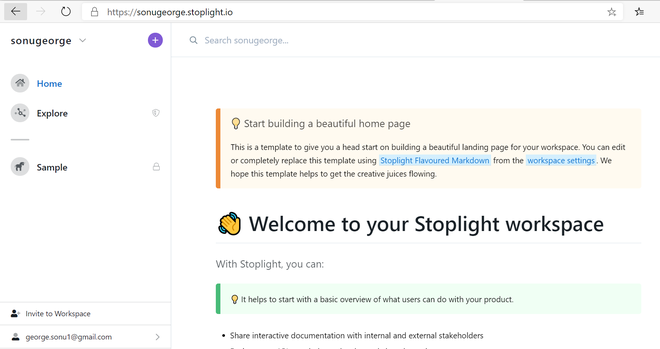 The stoplight is a GUI tool that helps you to build complex APIs. It provides an HTTP request maker to compose and send HTTP requests and generates the code for different programming languages. It can design, document, and build quality APIs faster. Some of its key features are: 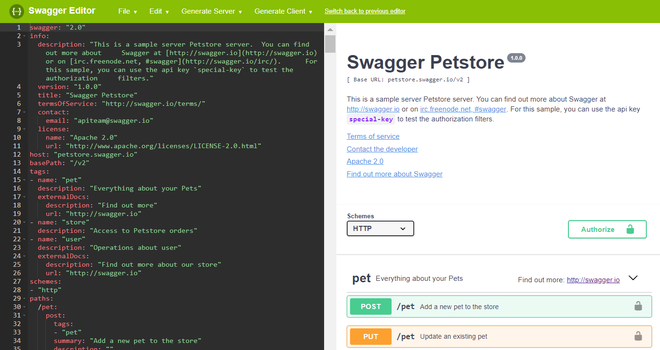 Swagger is an open-source tool built for API design, development, and testing, API mocking and virtualization, and API governance and monitoring. The Swagger OpenAPI specification creates a RESTful interface for developing and consuming an API. It efficaciously maps all the resources and operations associated with it. Some of the major Swagger tools are: 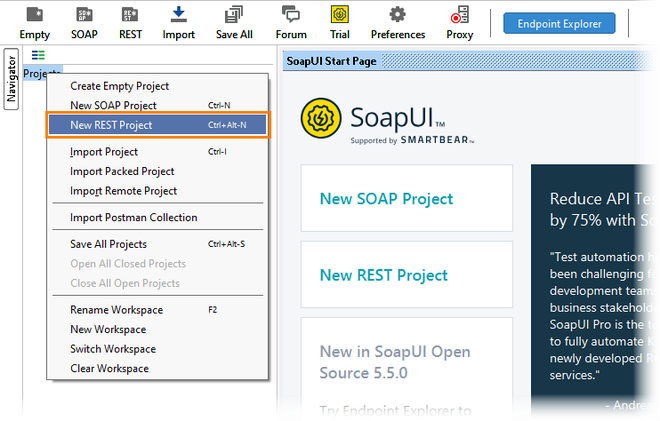 Soap UI is an open-source tool to build and test APIs, which facilitates validating REST and SOAP-based web services. Some of the Soap UI open-source features are:

Pyresttest is a Python-based tool for REST testing and API micro benchmarking tool. Some of its highlights are:

Use the below command to install Pyresttest.

Katalon is an automation tool for composing and sending HTTP requests to a development server. It includes all frameworks, ALM integrations, and plugins in one package. Some of its key features are: 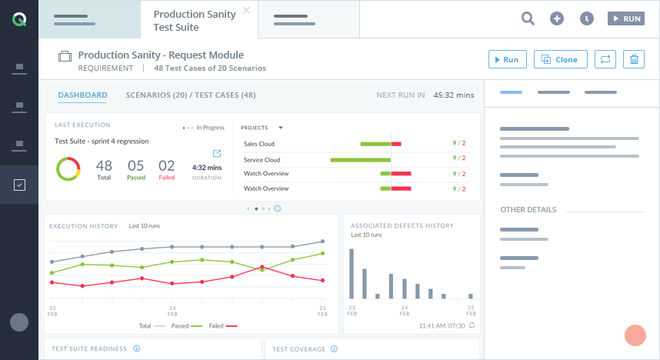 ACCELQ is AI-powered codeless API test automation and test management platform on the cloud. It helps to freely develop test requests without any concern about syntax. Some of its capabilities are: