10 Web Development and Web Design Facts That You Should Know

Web Development has grabbed a lot of attention in today’s date. But the question arises, why has it gained such a massive audience in the last decade. So Here’s the answer: Web development is the basic building and maintenance of websites; it’s the whole procedure that happens to make a website look great, responsive, work smooth, and performing well with seamless user experience. 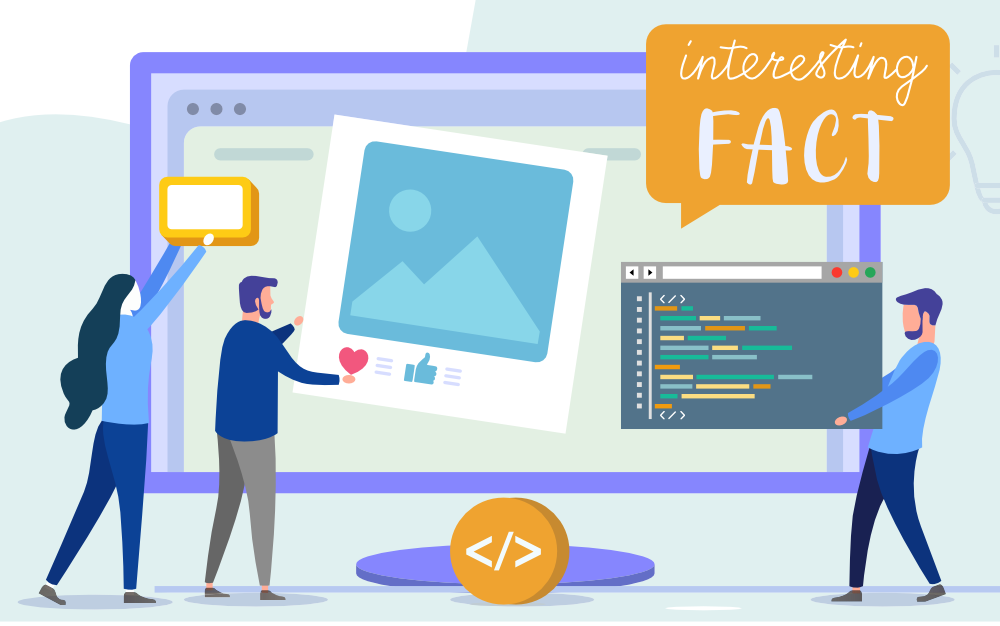 Web developers use a variety of languages depending upon the tasks. Web Development is highly demanded mainly due to its high payscale worldwide. It is also among one of the easiest domain which doesn’t compulsorily requires a university degree to prove yourself qualified. Web development is generally divided into two major sections, namely: Front-end and Back-end. Front-end deals with what is user going to see whereas back-end deals with all the server related stuff. Now let’s deep dive into the interesting facts about Web development and web design:

It takes less than a second, for a user to make his/her view on the organization by its initial experience through its web page. It is very significant to make the first impression as the best for everyone who lands on the page with the help of adequate background theme, fonts, icon designs, color combinations, proper animations(if required), layout, and maintaining the sections of the page in a well-designed manner. The first and most significant role for standing out through digital means is played by Web Development.

Web development uses HTML, CSS, and Javascript to create responsive and attractive websites which are far easier than software development or android application development comparatively because in the native applications code should be programmed according to the platform because of the significant difference in language and processes resulting extra resources and skills to be familiar with it. But a web page has just to be built once with cross-browser support which not only makes it ready to use in all devices but also reaches a greater number of audiences. After all, the number matters the most for an organization.

3. Interrelation of Code and SEO

Your website should be the one that can stand out there. Many developers do not keep this point in their mind while writing the codes but each word can have a great impact to affect the reach of the page. Source code should be written considering SEO(Search Engine Optimization) which increases the rankings in search engines. Page titles and tags should be focused on during development.

4. More the Lists and  Lesser the Paragraphs

A Bulky page with gigantic paragraphs is SEO friendly, but too much text reduces the responsiveness and avoided by the users. No users would prefer to large texts but surely go throughout the page if the details are mentioned in the form of lists with sub-points, pointing out the specialties, and along with it proper multimedia materials make it better.

An average lifespan of a website is between two or three years because digital technologies are continuously evolving. The aspects all over the internet never remain constant, so adapting to the change is necessary. Constant nurturing and modifications as per the trends are necessary to catch the audience.

6. You  can Learn it All Within a Week

Learning Web development from scratch is not a tough task at all because HTML, CSS, and Javascript are far easier and one can easily get used to it within a week. After learning the fundamentals, making a normal responsive website is just a task of less than an hour. One can become an expert at it from a beginner in a short span due to which it has been a great choice among the developers to opt for.

7. Won’t Go Out of Your Budget

Building and Maintaining a responsive design and making the web page search engine friendly can do really for a lower cost as compared to native applications that require separate work for multiple platforms. The majority organization goes for a webpage rather than an android app to spread the brand to its target audience because it takes just seconds to load and run in any kind of device because of its cross-browser support. So you do not need to worry about the budget.

Proper research of user demographics must be done and design must be presented according to it so that your larger group of audience connects well with your web page. Different places with different people and their different norms, due to which the reactions to technology might differ. Themes and page backgrounds should be considered by demographics.

9. Making it Go Better with the Smartphones

According to the research reports, two-thirds of the users surf the web pages on their smartphones. So it is necessary to use things such as CSS Flexbox or other tags which changes page as per the screen ratio and doesn’t compromise with the quality. All users surely might not be having desktop and laptops, so proper communication with the smartphone audience with the chatbot feature might play a good role.

10. Web Development is Not Web Design

Many people might think that web design and web development are synonyms of each other. That’s completely misleading. Web design is a subset of web development because the web developer has a lot more to do than just design and write code. Designers are those guys who are focused on the look and finish of a website; whereas web developers have a broader responsibility to make all the aspects(Back-end and Front-end) of the site perform in an error-free manner. These myths have been brought up because of similarness between front end development and web design.

All these facts must be kept in mind as you go forward for your web presence. Always try experimenting with innovative approaches but don’t forget to consider the facts. Now you must have been clear about what web developers do? Do web developers make big money? Why should I go for it? So don’t just sit, start learning and building web pages.

Must Read: How To Become A Web Developer in 2020 – A Complete Guide