10 Reasons Why You Should Choose Python For Big Data 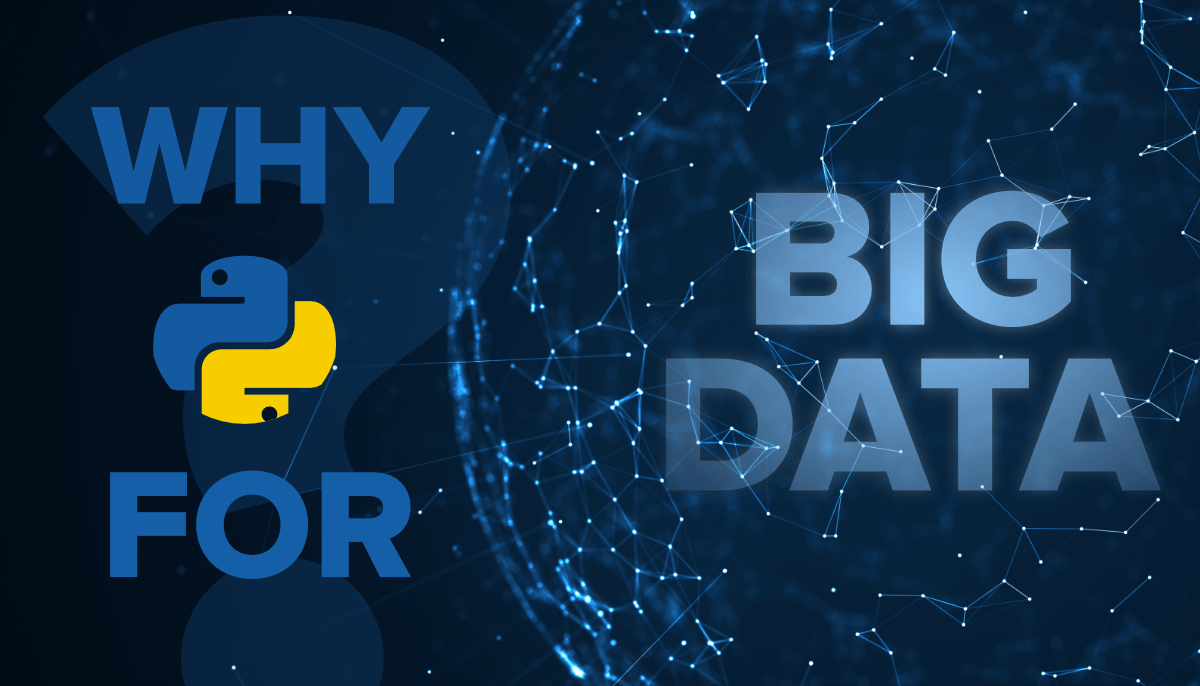 And Python is the best programming language to manage this Big Data because of its capacity for statistical analysis and its easy readability. Well, there are many more reasons that contribute to the success of Python. One of these is its library support for data science and analytics. Many top companies such as Google, Facebook, Mozilla, Quora, etc. use Python for managing their data. But let’s study all these reasons in detail to understand the popularity of Python and its astounding growth rate in Big Data Analytics.

1. Python is Open-source and Easy to Learn

Python is an open-source programming language that you can use for free. In fact, you can download the recent version of Python directly from their official website python.org. And Python is easy to learn as well! It is simple with an easily readable syntax and that makes it well-loved by both seasoned developers and experimental students. The simplicity of Python means that Big Data Engineers and Data Scientists can focus on actually managing the big data and obtaining actionable insights rather than spend all their time (and energy!) understanding just the technical nuances of the language. That’s one of the reasons to use Python for Big Data!

2. Python is Flexible and Scalable

Python is very scalable in handling large amounts of data which is a necessity where Big Data is concerned. Other programming languages that are used in Big data Analytics like Java and R are not as flexible and scalable when compared to Python. If the data volume is increased, Python can easily increase the speed of processing the data which is tough to do in Java or R. Python is also extremely flexible. and supremely efficient. It allows developers to complete more work using fewer lines of code. The Python code is also easily understandable by humans, which makes it ideal for Big Data analytics.

Many Python libraries are specifically useful for Data Analytics and Machine Learning. These libraries provide a lot of support for handling Big Data which is one of the reasons for choosing Python for Big Data. Some of these libraries are given below:

Python has a high speed for data processing which makes it optimal for usage with Big Data. The data codes written in Python can be executed in a fraction of time compared to other programming languages because the programs are written in simple and easy to manage code. Earlier, Python was considered to be a slower language as compared to Java or Scala but the scenario has changed now with the advent of Anaconda. This has consistently made each version of Python faster than ever before and also make Python one of the most popular options for Big Data in the tech industry.

5. Python is Portable and Extensible

This is an important reason why Python is so popular in Data Science. A lot of cross-language operations can be performed easily on Python because of its portable and extensible nature. Many data scientists prefer using Graphics Processing Units (GPUs) for training their ML models using data on their machines and the portable nature of Python is well suited for this. Also, many different platforms support Python such as Windows, Macintosh, Linux, Solaris, etc. In addition to this, Python can also be integrated with Java, .NET components, or C/C++ libraries because of its extensible nature.

Python provides inbuilt support for Data Processing and that’s one of the reasons it is so popular with Big Data companies. Python provides features for identifying and processing unstructured data which can include voice, text, and image data as well. Python can also handle data processing when the data is in different files such as CSV, XML, HTML, SQL, and JSON, etc. and the processing format for each file is different. Some of the Python libraries that can be used for data processing include Pandas, NumPy, SciPy, etc.

Python and Hadoop are open-source big data platforms and that’s why Python is securely compatible with Hadoop. Most developers prefer to use Python along with Hadoop rather than Java or Scala because of the huge amount of Python supporting libraries for data analytics. Python also has the PyDoop Package which provides excellent support for Hadoop to Python developers. Pydoop package provides access to the HDFS API for Hadoop which allows you to read and write data files from global file systems. Pydoop also provides the MapReduce API which is used for solving complex data science concepts using minimal programming efforts which is the hallmark of Python. This is also an excellent reason to choose Python over other programming languages for Big Data.

8. Python has Supported from a Large Community

Python has been around since 1990 and that is ample time to create a supportive community. Because of this support, Python learners can easily improve their Big Data and Data Analytics knowledge, which only leads to increasing popularity. And that’s not all! There are many resources available online to promote big data in Python, that developers and data scientists can access if they need any help. Also, Corporate support is a very important part of the success of Python for Big Data. Many top companies such as Google, Facebook, Instagram, Netflix, Quora, etc use Python for their products. Google is single-handedly responsible for creating many of the Python libraries for data analytics such as Keras, TensorFlow, etc.

10. Python has IDEs For Data Science

Python has various IDE’s that allow data visualization, data analysis, machine learning, natural language processing, etc. which in turn makes them suited for data science. Some of these IDE’s are given as follows: