In ∈-NFA following are the states as follows.

Simple rules for construction of ∈-NFA as follows.

This structure is for a* which means there can be any number of ‘a’ in the expression, even 0. The previous structure is just modified a bit to validate the null input symbol so, that expression is also valid. 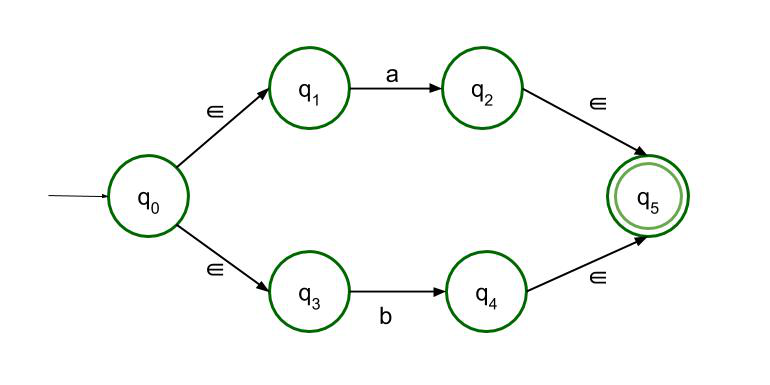 Following the above-mentioned rules, ∈-NFA of Regular Language L =a* + b* is to be constructed. The above language can be broken into two parts. The first part is a* and the second part is b* which can be constructed exactly like the first part. As there is a ‘+’ sign connecting the two parts, so there will be two paths, both of which will be leading to the final state.